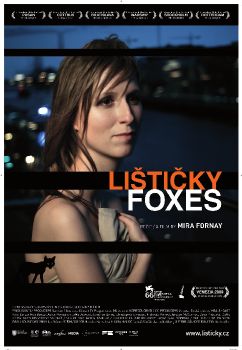 This film was finantially supported by Audiovisual Fund

FOXES tells the story about envy, jealousy, and dependency between two sisters, but mainly about their love for one another. It is a simple story about betrayal, redemption and forgiveness. It's sister's love/story - a fiction film with mystery and magic of memory, which is told in the form of character driven drama.

When Alžběta (23), an au pair from South-East Slovakia decides to stay at her own risk in Dublin, a secret from the past (shared with her older sister Tina, 27 and Tina's Irish fiancé Steve, 30) comes back to reveal the truth about two sisters and the real reason why they can never escape their home. 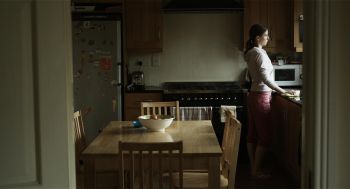 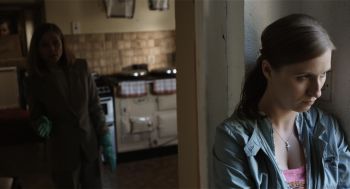 ALZBETA (23) is desperate to find a man and create a new home in Ireland. Her family home in Slovakia is being torn down to make way for a motorway. Her older sister, TINA (27) – engaged to an Irishman, STEVE (30) – wants to help her out, feeling she owes this to Alzbeta. Alzbeta categorically refuses her sister's help. It appears that Alzbeta is jealous of her sister's better life and her engagement to Steve. From the beginning, there is a sense something dark and unsaid exists between the two sisters, something that creates great tension and prevents them from getting closer. From their perspective, men are the only things that offer happiness and a good life. The only possibility for the sisters to get out of this spiral is to face their common past, an incident about which no one has spoken since it happened. 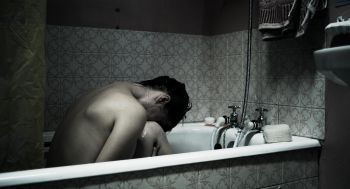 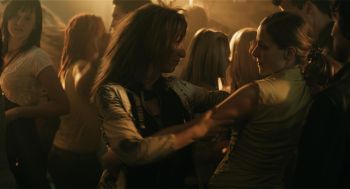 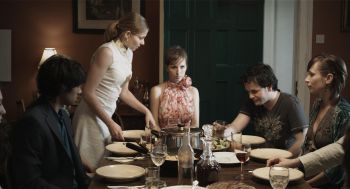 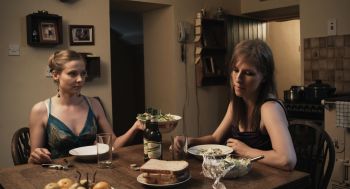 A film project "Foxes" is a character's driven drama in which a reality is exposed and seen strictly from a point of view of a main character – Alzbeta.

The film tells a story of sisters' love. The main drama is based on an intimate line of the sisters' relationship with the dark history, however, there is an important level of social reality. Dublin is used here as an universal example of any other big contemporary European city dealing with the problems of clash of cultures, immigrants, national stereotypes and other economic-political issues. We perceive the reality through Alzbeta's experience as a girl from "the other side". The authentic places of the hotels, immigrants pubs and flats as well as the use of dialogues in native languages of the characters emphasize the main tension of the drama.

The middle-class dominated society has a particular and irreplaceable role in this narrative drama. The social pressure on the main character – Alzbeta is very strong and push her to escape.

Since the main topic is about the maturing of young girls in general, what goes hand in hand with sexuality, the film deals with sex issue not only as with one aspect of love. In this film, sex on its own is a possible clue to achieve the physical, material and emotional security as sex is the second basic instinct after survival. However, sex doesn't cause the main conflict in the sisters' story. The main tension arises from an apprehension of sex by the middle-class society. A simple taboo lie "on the public order" flows into a defective personality, a self-accusatory and culminates in an actual bodily self-harm in case of Alzbeta. Alzbeta's inability to communicate with her sister and her incapability to find her place in the outside world close in upon Alzbeta, but thanks to passive Ducky, Alzbeta is able to see herself from distance, can analyze her reactions and takes the responsibility of own actions at the end. Alzbeta matures.

Foxes' seemingly artless, raw docu-style mise en scène, characters followed by a shoulder-mounted camera, conceals subtleties, foreshadowings and running themes – I use this particular storytelling form and style to coax the audience to understand Alzbeta and to break our senseless habit of being judgmental towards others. Foxes doesn‘t aim to make any moral statement. My main goal is to compel the audience to ponder the root of Alzbeta's behavior and reactions and to feel compassion for her when her secret is revealed. I would hope that my film opens eyes to differing points of view of the reality around us. 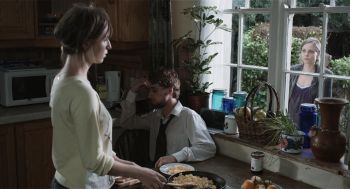 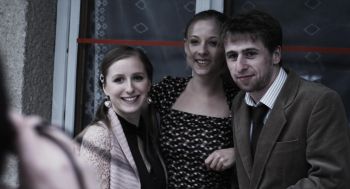